A roman à clef about a very religious teenager who gradually figures out that God isn't real around ages 20 and 21, spends the next eight years feeling OK about this, then one day suddenly realizes that God not being real implies that prayers don't work, and freaks the fuck out. His friends (who grew up in the same community but don't share his incredible lack of native talent for hypocrisy) are unsympathetic. "You really thought that would work?" "Yes!" "But didn't you notice that—" (sobbing) "I didn't!"

Two wrongs can make a right, if you choose the second wrong very carefully.

(with barely-concealed contempt towards his interlocutor's ignorance and confusion) "But you like the Star Trek: Voyager theme, right?"

Sing a song of Purpose for the coder's missing nerve,
Of the melancholy bytes of which the proxy is to serve—
Arise, O coder's ​fury, set the wrongful source to right
Where the use-case fits the market and the market is alight! 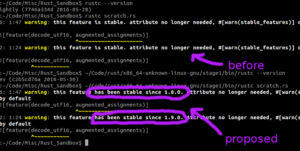 There's this phenomenon where two people are talking, and one of them offhandedly mentions some innocuous fact, and the other one has to stop them and have them explain both the fact, and what they expected their interlocutor to infer from the fact. When this happens once, it's usually just a matter of one happening to have some domain-specific knowledge that the other happened to not have, a coincidence that could just as easily have gone the other way.

When it happens multiple times with multiple topics, with both people in the same roles, the one who keeps having to ask for explanations begins to suspect that maybe it is not a coincidence, that maybe the other person just knows more stuff, full stop.

Standing at 130, you typically spend a lot more time talking down to 110 than being talked down to from 150, so it's an unusual feeling of helplessness. You want to cry out, "You know, I'm usually on the other side of this conversation!"